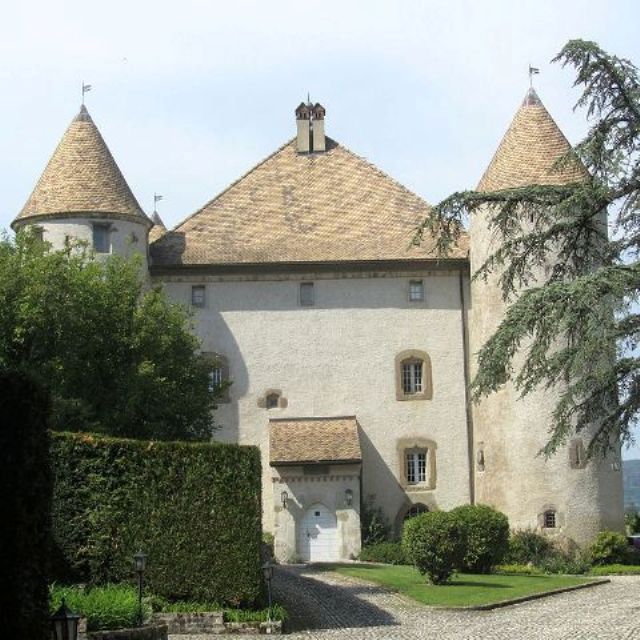 Location: Lully, in the Haute-Savoie departement of France (Rhone-Alpes Region).
Built: 15th century.
Condition: In good condition.
Ownership / Access: --
Notes: Château de Buffavent is a former stronghold of the fifteenth century that stands in the municipality of Lully, in the Haute-Savoie region Auvergne-Rhône-Alpes. The castle is the subject of a registration as a historic monument since 24 January 1944. The mansion was successively possession of the lords of Langin (1460-1531), Bellegarde (1531-1640), Seyssel (1632- 1760) and finally Gerbois Sonnaz (1760-1922). It was owned by Vuargnoz Philibert (born March 22 1891 in Brenthonne (74) and died on 30 June 1981 in Saint-Cergues (74)), who bought the castle in 1923, Gerbais of Sonnaz of Lullin. He sold it in 1944. Philibert, son of François and Césarine Degenève Vuargnoz, was lord of Langin and Buffavent and coseigneur Brens and Mieussy. He had two sisters, Jeanne, wife of noble George of Antioch, and Antoinette, wife of Aymon d'Entremont Bellegarde. They stayed at the castle. It is a quadrangular building docked at the corners four round towers topped with snuffer.