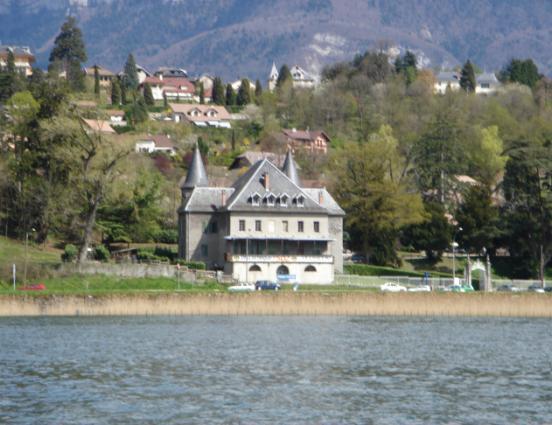 Location: Tresserve, in the Savoie departement of France (Rhone-Alpes Region).
Built: 16th century.
Condition: In good condition.
Ownership / Access: --
Notes: Château de Bonport is an ancient castle of the late sixteenth century, seat of the lordship of Bonport or Great Vine, whose ruins stand in the town of Tresserve, a French commune in the Savoie department in the region Auvergne-Rhône-Alpes. The castle alone is sold in 1968 at a hotel in Courchevel, Joseph Alexander Claret-Tournier. The Tournier family leave later operation of the site to private investors that will transform the site into a dance hall called "The Bassamba" which will succeed the disco "Le 502" and finally the two night clubs "L'Étoile" at basement, with a capacity of 400 people and the ground floor the "Castle", with a capacity of 200 people4. Other parts of the area were transformed into a housing estate called "Hill poet" and the side along the shore of Lake Bourget, the "beach of the Lido." July 19, 2008, at 2 h 50, the castle was ravaged by a terrible fire causing the collapse of the roof and the floor of the top floor and the left castle tower. On 20 December 2012, the castle was sold at auction for € 275,000 in three hotel-restaurant in Viviers-du-Lac.

How To Get To Château de Bonport (Map):