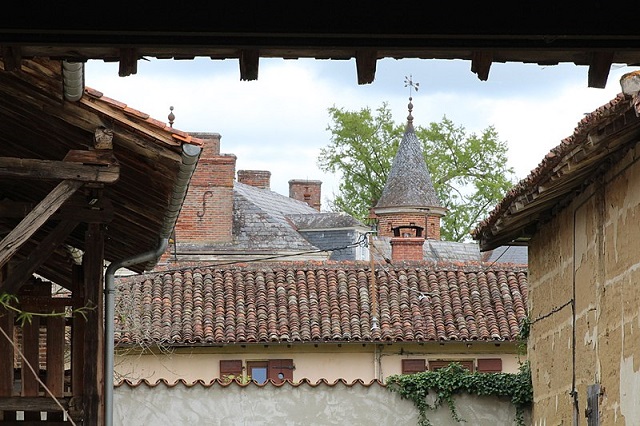 Location: Vonnas, in the Ain departement of France (Rhone-Alpes Region).
Built: --.
Condition: --.
Ownership / Access: --.
Notes: The castle of Béost is a castle which stands on the commune of Vonnas in the department of Ain in Auvergne-Rhône-Alpes. With its domain, it is the subject of an inscription to the historical monuments since 2016.The noble house of Béost is referenced by documents written from the middle of the thirteenth century. The castle of the family soon became the seat of a barony. At that time, Vonnas depended on six fiefdoms depending on the following lords or strongholds: Sachins, Bezemème, Féliciat, Marmont, Epeyssolles, Beost. Today only the domains of Béost and Epeyssolles remain. Several descendants of Jérome Audras de Béost, who became mayors or municipal councilors, contributed to the development of Vonnas. The descendants of the last owners of Béost are now the owners of the domain. The Dombist notables, whose advisers to the Parliament of Dombes had sought the title of squire, made them a comfortable residence between the end of the seventeenth century and the beginning of the twentieth century. On October 31st, 2016, the estate and its castle are registered in the historical monuments.

How To Get To Château de Béost (Map):