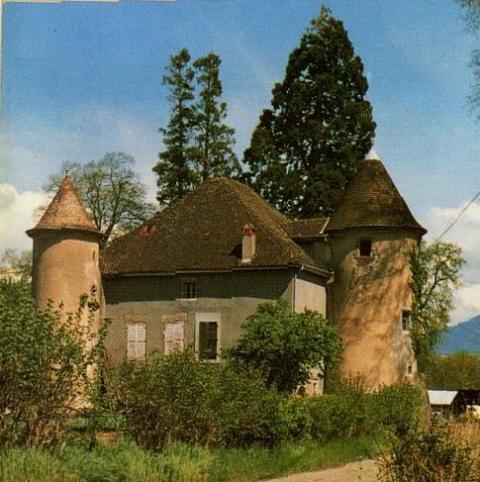 Location: Arthaz-Pont-Notre-Dame, in the Haute-Savoie departement of France (Rhone-Alpes Region).
Built: 16th century.
Condition: In good condition.
Ownership / Access: Private property.
Notes: Château de Baudry is an old fortress, built in the early sixteenth century, which stands on the town of Arthaz-Pont-Notre-Dame in the department of Haute-Savoie, in region Auvergne-Rhône-Alpes. The site was probably previously occupied in building the current castle as suggested by the remains found near it and belonging to an earlier fortification owned by the family of Arthaz; the present castle having been built by Raymond de Baudry in the early sixteenth century. The Baudry will prove during the French Revolution, enthusiastic Jacobins. Their commitment to the revolutionary ideas allow them to keep their property and to purchase domestic goods. Victor Baudry, who in 1834 had acceded to Republican ideas of the Young Italy, participates, from Geneva, the expedition led by Mazzini to raise Savoy and overthrow the monarchy. The expedition failed, he fled to the United States and sentenced to death in absentia. In the mid-nineteenth century, Louis Baudry, former director of the major seminary of Lyon, built the chapel. This is built on the site of the old parish church of Arthaz that stood near the mansion. In 1864 the castle passes Edouard Chardon, tanner in Bonneville, following his marriage to Helen of Baudry. It will renovate the 1880 and gave it its current appearance. In the twentieth century the castle Baudry is the possession of the family Vernotte. Baudry Castle is present today as a massive square building. A large round tower on the southwest façade encloses the staircase, which was repaired in 1828. The northwestern facade is embellished with a terrace framed by two small round towers. The chapel built in a neo-Gothic style, and blessed in 1853, houses the tombs of Canon Louis Baudry and Joan Fletcher, Countess of Veyrier, sister of it.