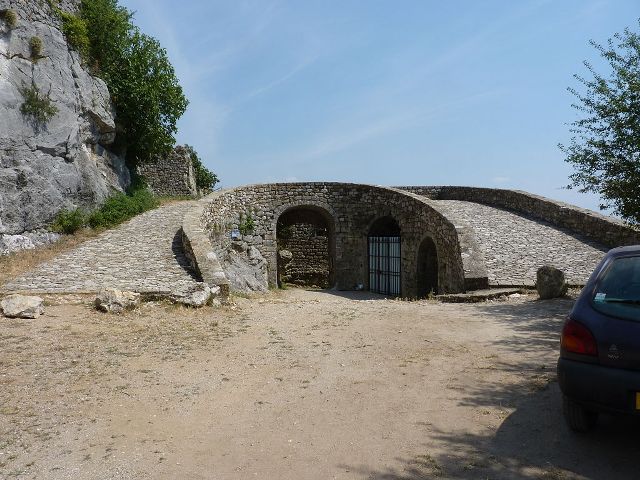 Location: Banne, in the Ardèche departement of France (Rhone-Alpes Region).
Built: 11th century.
Condition: ruins.
Ownership / Access: --.
Notes: The ruins of the castle of Banne are located in the municipality of Banne in the Ardèche department. This castle, which has today only ruins, was one of the strongest and wealthiest of the Middle Ages.This old castrum was in the eleventh century, the property of Châteauneuf, and the family of Joyeuse. Since the fifteenth century, it is the property of the family Beauvoir du Roure and will remain so until the Revolution. He played an important role during Jales Camps. Destroyed by fire July 12, 1792, it will be sold by its owner to a negotiating Vans who used it as a career.