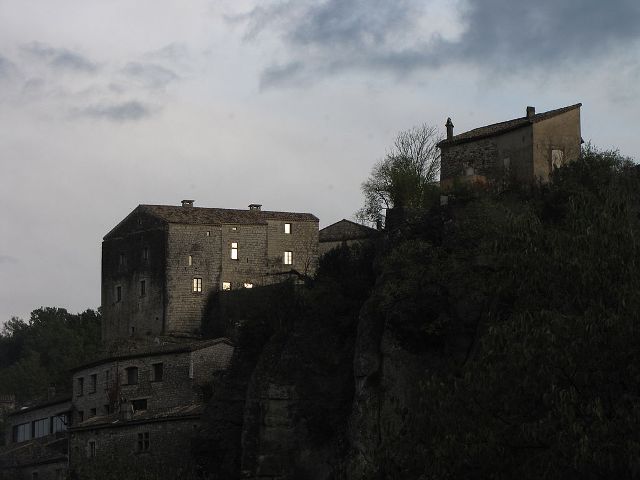 Location: Balazuc, in the Ardèche departement of France (Rhone-Alpes Region).
Built: 11th-19th century.
Condition: In good condition.
Ownership / Access: Privately owned.
ISMH Reference Number: PA00116641
Notes: Château de Balazuc is a castle located in Balazuc, in the department of Ardeche, France.The oldest part is the one that overlooks the Ardèche. It dates from the late eleventh century. Initially it was a rectangular keep of three floors, built on the rock. In the twelfth and thirteenth century, were added two buildings, reworked in the fourteenth and fifteenth centuries, especially with the opening of mullioned windows and the construction of a large fireplace in the living room.

How To Get To Château de Balazuc (Map):