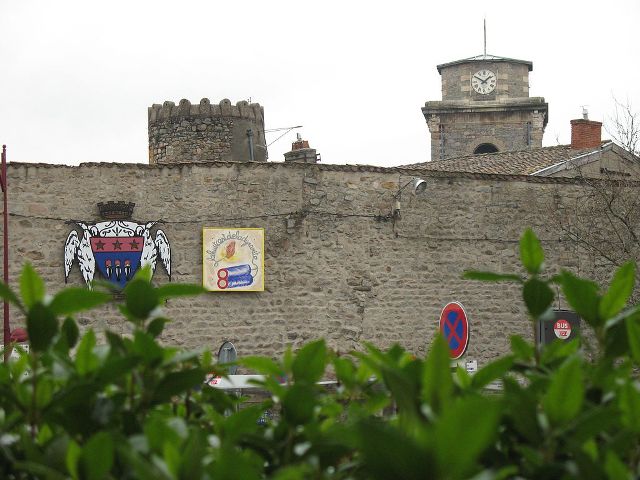 Location: Irigny, in the Rhône departement of France (Rhone-Alpes Region).
Built: 13th century.
Condition: In good condition.
Ownership / Access: Now houses the town library.
Notes: Château d'Irigny is an ancient castle, the thirteenth century, very reworked, which stands on the town of Irigny in the city of Lyon in region Auvergne-Rhône-Alpes. The castle was built between 1193 and 1226 by the archbishop of Lyon Renaud Drill. In 1261 Étienne Saint-Laurent made confession of all that he possesses in freehold on the territory of Irigny at the Church of Saint-Just. In the fourteenth century, the castle was destroyed by the Tard-Venus. In 1592, the archbishops of Lyon cede the fief CROPPET Jean, who married in 1568 Marguerite Bullioud. Odet CROPPET, their son born in 1576, nobleman of Irigny is the king's counselor and commissioner examiner in the Seneschal and sits presidial Lyon. In the middle of the seventeenth century, Justinian CROPPET, esquire, lord of Irigny is the king's counselor, master ports, bridges and passages in the former government of Lyonnais. In the early eighteenth century, the lords of Irigny are building a new home, Castle Combe. The castle now houses the town library. There are still two rounds, perhaps with medieval parts, which flank a remodeled house. A gap existed along the existing wall, instead of Europe.