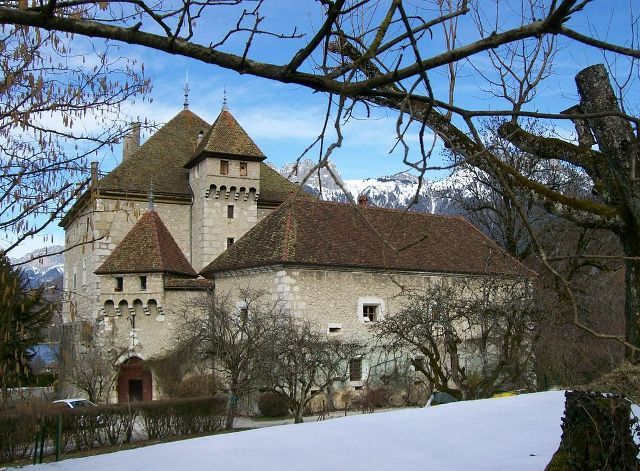 Location: Duingt, in the Haute-Savoie departement of France (Rhone-Alpes Region).
Built: 14th-19th century.
Condition: In good condition.
Ownership / Access: Privately owned.
Notes: Château d'Héré is a former stronghold of the late fourteenth century, rebuilt in the late fifteenth century or early sixteenth century and restored in neo-Gothic style in the late nineteenth century, which stands in the municipality of Duingt in the department of Haute-Savoie region Auvergne-Rhône-Alpes. As historical monuments; Castle Héré, including the ancient walls, outbuildings and land are the subject of a registration by order of 6 April 2006; the fresco of the sixteenth century on the first floor and the barn next to the common subject of a registration by order of 6 December 1984.