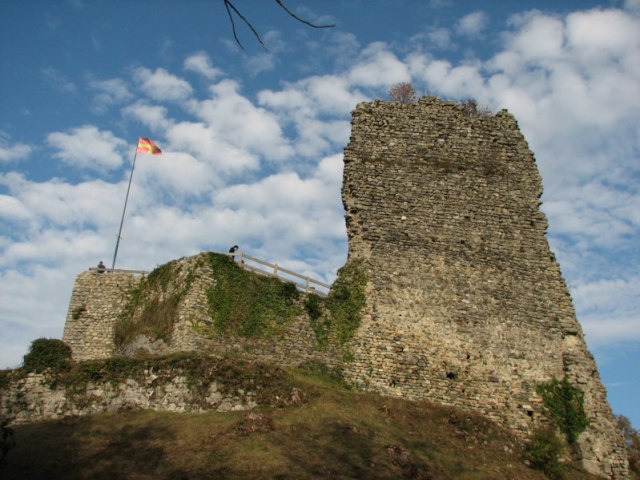 Location: Allinges, in the Haute-Savoie departement of France (Rhone-Alpes Region).
Built: 10th century.
Condition: Ruins.
Ownership / Access: Owned by the municipality.
Notes: The Château d'Allinges-Vieux is a former castle of the tenth century, the center of a seneschalsy Faucigny, the ruins stand in the Chablais, in the town of Allinges in the department of Haute-Savoie, region Auvergne-Rhône-Alpes. The ruins share the eminence of a hill, called "butt castles" with those of Allinges-Neuf, which they are separated by only 150 meters. The castle also had a castral town surrounded by walls. The castrale vessel as a whole including the high and the housing market town pregnant with access devices (gates, water gates) and its towers, the remains of the main tower, the remains of buildings in the High Court of Castle, the remains of the chapel, the ruins of buildings castral town, are subject to a classification as historical monuments by order of 24 May 2011.