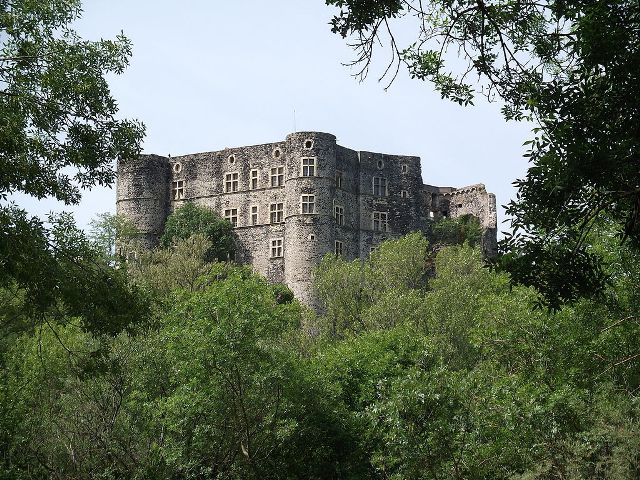 Location: Alba-la-Romaine, in the Ardèche departement of France (Rhone-Alpes Region).
Built: 11th-17th century.
Condition: In good condition.
Ownership / Access: Privately owned.
ISMH Reference Number: PA00116621
Notes: Château d'Alba-la-Romaine is a castle located in Alba-la-Romaine, France in the department of Ardeche. Although it displays robust fort-like - her first dungeon is the eleventh century - the castle was restored and rebuilt in the seventeenth century by George Beaume Suze. Old doors, turrets and towers have kept the memory of the medieval ramparts. With its big southern country house silhouette, it dominates the village from the top of its three floors. He has at the time the military functions, prestige and residence, above the ramparts overlooking the shores of Escoutay and the town. During the wars of religion, churches are destroyed and the Revolution, it was the turn of the castles being vandalized and sold. Castle Alba welcomes in spring, summer and fall of contemporary art exhibitions and, more in summer concerts.

How To Get To Château d'Alba-la-Romaine (Map):