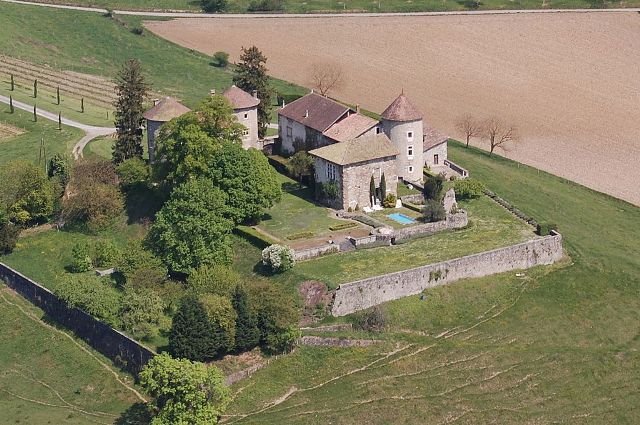 Location: Pontcharra, in the Isère departement of France (Rhone-Alpes Region).
Built: 15th century.
Condition: In good condition.
Ownership / Access: Owned by a private company.
ISMH Reference Number: PA00117240
Notes: Château Bayard is a former stronghold of the fifteenth century, which stands in the municipality of Pontcharra in the Isère department in Auvergne region Rhône-Alpes. The castle is the subject of a classification as a historic monument by decree of 28 January 1915. The Bayard museum has been established in 1975 and presents the life and myth of Pierre Terrail, Lord of Bayard, the famous knight " without fear and without reproach ".In 1865, the pastor of Grignon, Jean-Baptiste Bertrand, it remains a landscape for retirement in the best repairing a part of the building with the help of the legal owner. Restored in 1890, always in private, it houses since 1975 in two of its rooms a museum displaying the history of the hero. It is run by the Friends of Bayard association since 1938, focuses its regular publications and its annual meetings to restore the historical truth. The castle is now a private property which is associated with a vineyard of one hectare of vines replanted in 2006 (1/3 white grape Malvasia, 2/3 red grape Persian) whose production is around 8,000 bottles per year the while growing, with rank and computer programming lawn treatments.