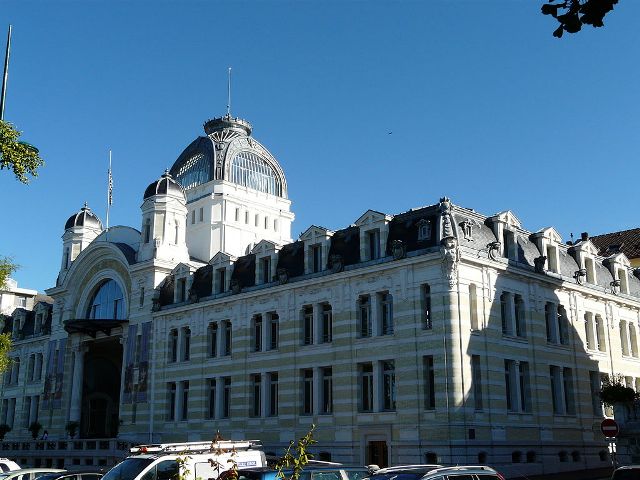 Location: Ciotat (La), in the Bouches-du-Rhône departement of France (Provence-Alpes-Cote-d-Azur Region).
Built: 19th century.
Condition: In good condition.
Ownership / Access: Private property.
ISMH Reference Number: PA13000006
Notes: Palais Lumière is a former spa town of Evian transformed since 2006 congress and exhibition center.The building, which replaces a facility in 1827, was built from 1900 to 1902 by the architect Ernest Brunnarius. The first spa was opened in 1827, Grand Rue (now National Street). Acquired in 1858 by the Water Company, it is restored in 1880 before his disappearance. In 1900, a new building is built including a dome. It was decommissioned in 1986, the year of registration of the facade, the lobby and the hallway historical monuments. In 1996 the city of Evian bought these ancient baths to entrust the restoration architects Michel and François Spitz Châtillon. The present building was inaugurated in 2006.

How To Get To Palais Lumière (Map):