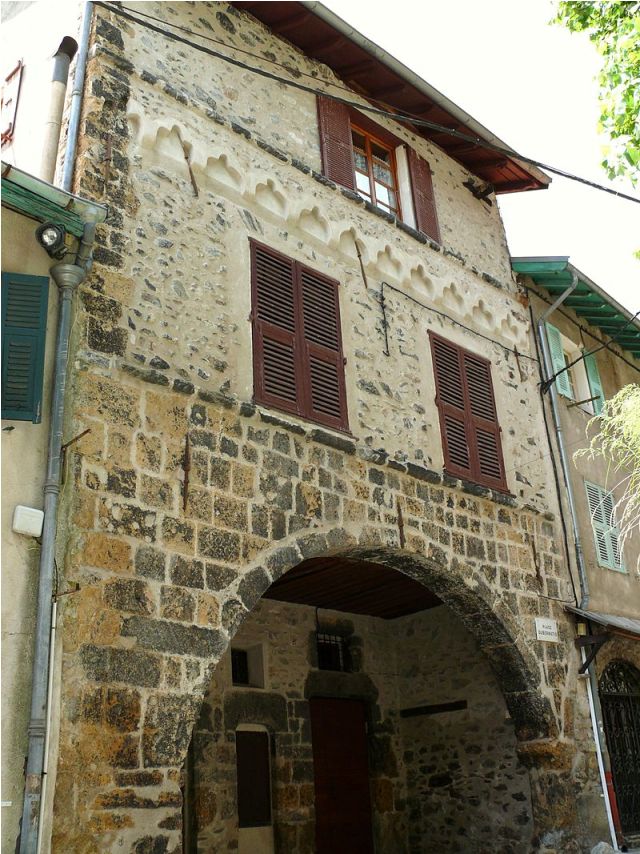 Location: Saint-Martin-Vésubie, in the Alpes-Maritimes departement of France (Provence-Alpes-Cote-d-Azur Region).
Built: 17th century.
Condition: In good condition.
Ownership / Access: Privately owned.
ISMH Reference Number: PA00080842
Notes: Maison Gubernatis or "Palace" Gubernatis, is a notable house located in Saint-Martin-Vésubie, France.Gubernatis the house is the best preserved significant homes. It was built between the late sixteenth and early seventeenth century. Between the fourteenth century and the eighteenth century, Saint-Martin-Lantosque was an important step on the road salt linking Nice to Piedmont by the Fenestre Pass. The family Gubernatis acquired great wealth through salt trade. Nicolas de Gubernatis was entrepreneur of gabelles of salt in Saint-Martin-Lantosque in the fifteenth century. The family had a Gubernatis employers altar in the church of Our Lady of the Assumption which another Nicolas de Gubernatis made a large donation in his will in 1544. Two members of the family Gubernatis were commanders of the Sanctuary of the Madonna of Fenestre. In 1684, Jerome Marcel de Gubernatis, President of the Senate of Nice, Charles Emmanuel II of Savoy ambassador in Spain and Portugal became give the allegiance of St. Martin. This allegiance was revoked the same year by Victor Amadeus II, but he got in compensation the title of Count of Bonson in 1688. The building is registered as historical monuments June 6, 1933.