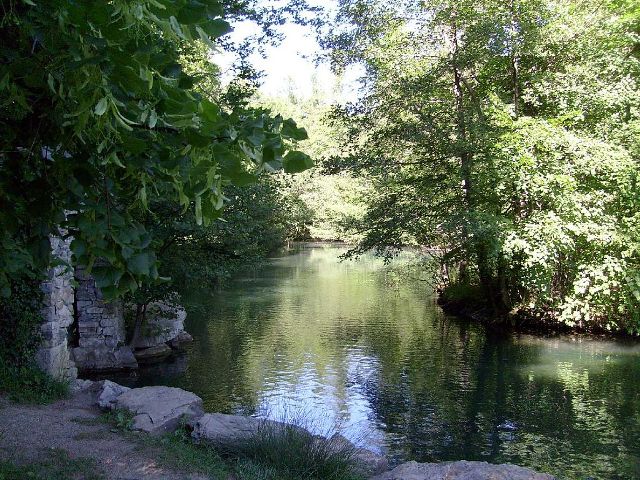 Location: Gap, in the Hautes-Alpes departement of France (Provence-Alpes-Cote-d-Azur Region).
Built: 18th-19th century.
Condition: Ruins.
Ownership / Access: Owned by the municipality.
ISMH Reference Number: PA00080568
Notes: Domaine de Charance is an environmental promotion alpine setting backing onto the mounting overlooking the town of Gap.The history of Charance spans several centuries. By the tenth century, a castle was erected on the field. It was equipped with towers and defense provided by ditches. At that time, it was used by the viscounts of Gap who depended on the counts of Provence.The Bishop of Gap bought the estate on 12 May 1307. He will remain ownership of it until the French Revolution. During the sixteenth century, the castle, then abandoned, will be renovated: it will be transformed into a large dwelling by Bishop Gabriel Sclaffanatis. It will add several farm buildings. The area is sacked during the wars of religion by the Protestants in 1569. It was only in 1644 that Bishop Arthur Lioness rehabilitates the area.A few decades later, in 1692, the Duke of Savoy in conflict with Louis XIV destroyed among others in the region, the area of Charance. The site is rebuilt again by bishops. Gradually, in the early eighteenth century, places take the arrangement that we know today. The Jacques Marie Caritat Condorcet bishop and his successor Jean Baptiste Marie de Maille de la Tour Landry, undertake a deep transformation of the castle into a luxurious residence. terrace in the gardens then receive special attention.At the French Revolution, the castle was confiscated and became a national asset. It will be auctioned February 26, 1791. During the nineteenth century several owners succeed. During this time the upstream part of the area is landscaped English garden. Thus are created numerous waterfalls, the lake expanded, boat garages are built on its banks, sub-wood paths are traced. The late twentieth century marks a change in the use of the place. In 1973 the town of Gap takes ownership and makes it accessible to the public. The Charance Domain is then subject to registration measure on the inventory of historical monuments by order of 8 September 1987. Are registered: facades and roofs of the castle, common and buildings for agricultural use; remains of mills, the cooler, the sawmill; terraced gardens at the castle including the lateral boundary walls, retaining walls, fountains and the cave; park including waterfalls, the channel, the water features and the boathouse.

How To Get To Domaine de Charance (Map):