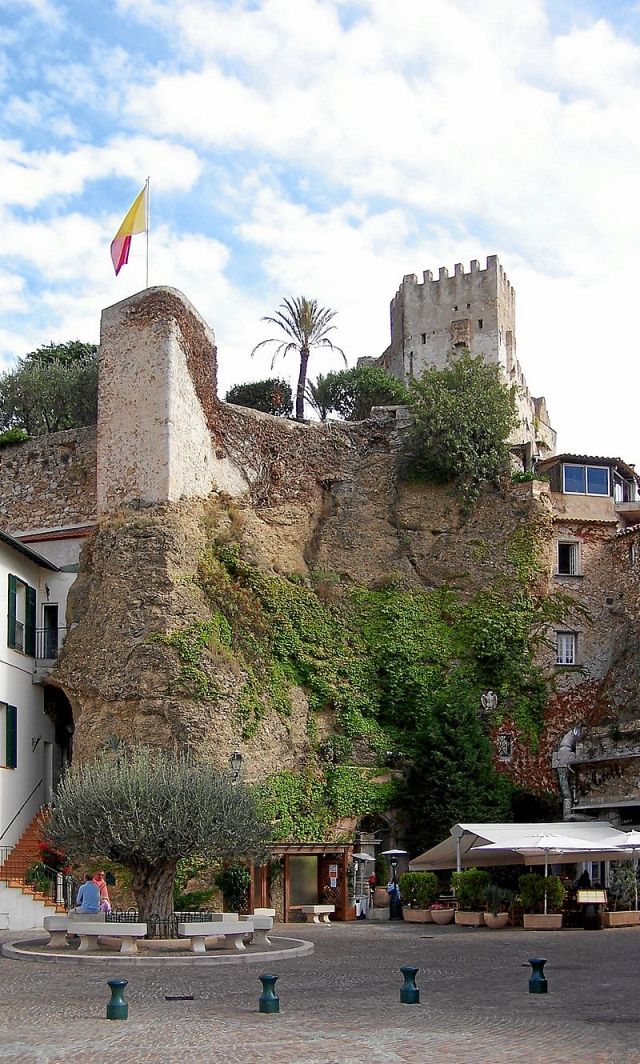 Location: Roquebrune-Cap-Martin, in the Alpes-Maritimes departement of France (Provence-Alpes-Cote-d-Azur Region).
Built: 12th-16th century.
Condition: In good condition.
Ownership / Access: Owned by the municipality.
ISMH Reference Number: PA00080819
Notes: Château de Roquebrune-Cap-Martin also called Grimaldi Castle is a medieval fortress built in the late tenth century by Conrad I (in), count of Ventimiglia, to prevent the Saracens to settle again in the region. It is located on the top part of the town of Roquebrune-Cap-Martin in the Alpes-Maritimes.After passing to the counts of Provence and the Republic of Genoa, it is for centuries the Grimaldi that redoing the buildings and introduce artillery in defense. Originally, the castle was a fortress bringing together in the same enclosure, breakthrough six fortified gates, the keep and the village. In the fifteenth century, the tower takes the name of the castle and the remains of the fortress is the village that, until today, has preserved its medieval character: narrow streets covered with Romanesque arches, old houses with mossy walls are still lined ivy and pellitories.