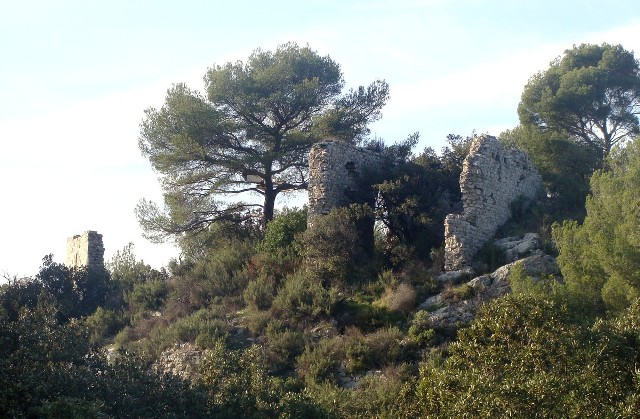 Location: Allauch, in the Bouches-du-Rhône departement of France (Provence-Alpes-Cote-d-Azur Region).
Built: 12th-13th century.
Condition: Ruins.
Ownership / Access: --
Notes: Château de Ners is an ancient castle on a hill overlooking the valley of Pichauris, northeast of the city of Allauch, in Bouches-du-Rhône (France).The double surrounding wall was built in the early twelfth century by Raimond I, Bishop of Marseilles, to keep its tolls. It remains today in ruins. This castle is also known under the name of Casteu-Viei (literally "old castle" in Provençal), and also "castle of Queen Jeanne," although no text for the proposition that it was in possession of Queen Juana and she came to reside there; but the legend is tenacious.