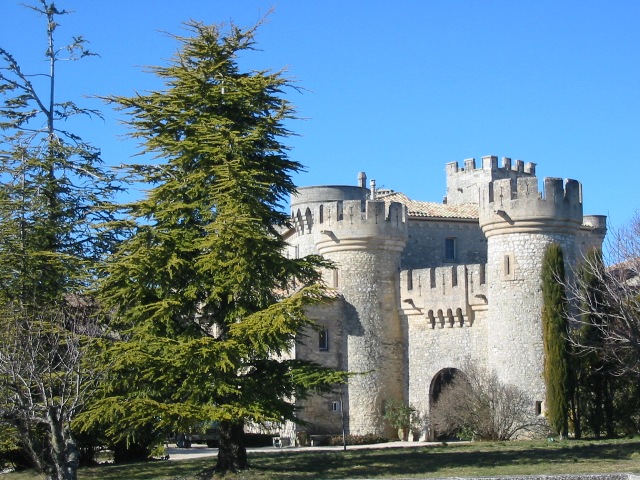 Location: Murs, in the Vaucluse departement of France (Provence-Alpes-Cote-d-Azur Region).
Built: 12th-18th century.
Condition: In good condition.
Ownership / Access: Private property.
Notes: Château de Murs is located on the height of the town walls, in the Luberon. Its construction ranges between the twelfth and eighteenth century. Despite the restoration work, the artist Paul Vayson that was not retained least part of poetry retaining nests on the ledge of his room and painting swallows flights ceiling. Not until the mid-twentieth century that the castle was completely restored and become the building as it is today. The castle and its outbuildings were then passed to Andre Vayson of Pradenne, like Javon. At the time, it was said that he could go from one to the other without leaving his land. The castle is private, it can not be visited.