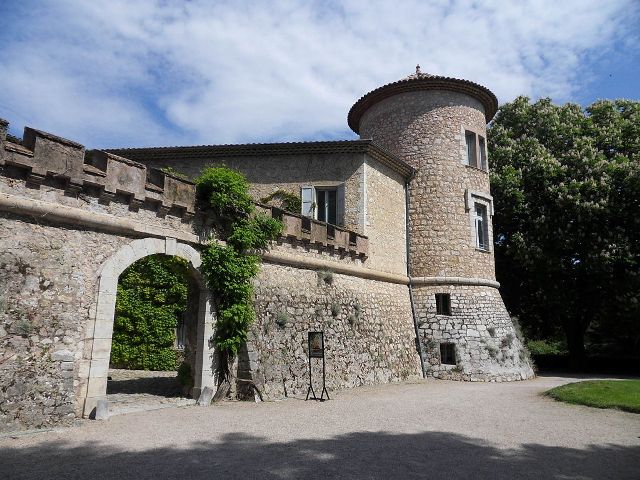 Location: Mouans-Sartoux, in the Alpes-Maritimes departement of France (Provence-Alpes-Cote-d-Azur Region).
Built: 16th-19th century.
Condition: In good condition.
Ownership / Access: Privately owned.
ISMH Reference Number: PA00080769
Notes: Château de Mouans was built in the late fifteenth century to the early sixteenth century.This castle is the subject of a registration as a historic monument since 4 January 1989.Mouans Castle, built in the late fifteenth century in the early sixteenth century, remained the property of Grasse until 1750, then it passed to Villeneuve. During the Revolution, the castle of Mouans suffered the fate of many mansions. It is "the good city of Grasse," which will destroy the most part. It became the property of the Durand family Sartoux in the early nineteenth century that will rehabilitate. It will be rebuilt according to the original plans. It thus retained its triangular architecture, its three towers, courtyard. Castle Mouans-Sartoux became thanks to "Space Concrete Art," a permanent contemporary art center of international repute. In the former stables of the castle was installed museum on rural life of yesteryear.

How To Get To Château de Mouans (Map):