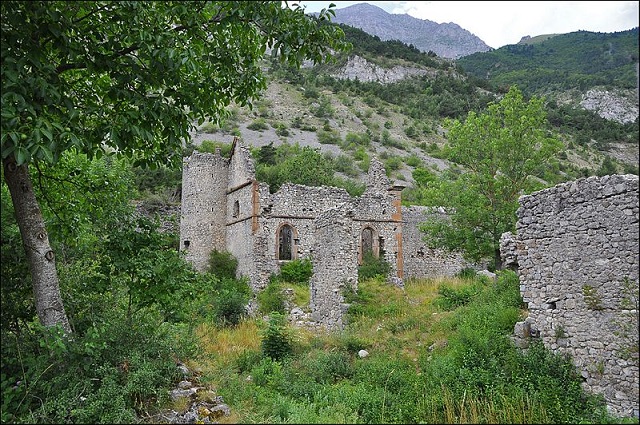 Location: Le Glaizil, in the Vaucluse departement of France (Provence-Alpes-Cote-d-Azur Region).
Built: 1571.
Condition: --.
Ownership / Access: --.
Notes: The castle of Lesdiguières is located on the territory of the French commune of Le Glaizil, in the department of Hautes-Alpes and the Provence Alpes Cote d'Azur region.The castle was built by François De Bonne, Duke of Lesdiguières, last constable of France in 1580. The chapel of the castle was built later around 1604. The castle retained its original appearance until 1692, when the mercenaries of the Duke of Savoy devastated the whole region and burnt the castle of Tallard and Lesdiguières. In 1789, the revolution brought about incredible outbursts. The tombs were desecrated, the buildings degraded, each one came to take what interested him, to the point that the civil authorities were moved by it and had the bodies and the mausoleum of Lesdiguières transferred.

How To Get To Château de Lesdiguières (Map):