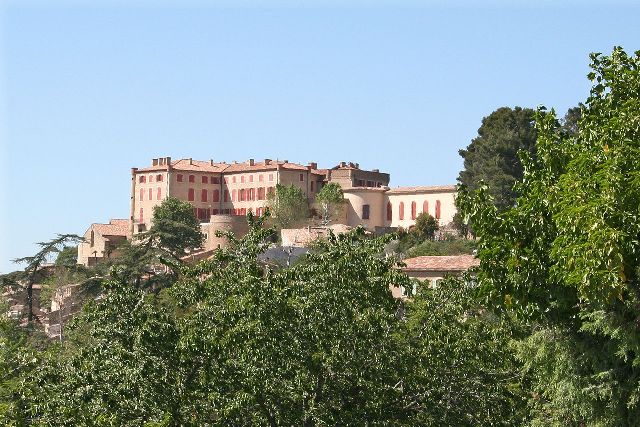 Location: Verdière, in the Var departement of France (Provence-Alpes-Cote-d-Azur Region).
Built: 18th century.
Condition: In good condition.
Ownership / Access: Owned by a private company.
ISMH Reference Number: PA00081774
Notes: Château de La Verdière is a castle of the tenth century historic monument located in the municipality of La Verdière (Var). With profound changes in the fourteenth century and the sixteenth to the eighteenth century, it is still the largest castle in Provence by area. His famous interiors, including plasterwork, are considered the most beautiful in Provence. Eleven centuries of history are now past the castle. Always fascinating, it is since 2003 saved from ruin state in which it had been plunged by successive owners. Every summer, the castle carefully restored and furnished exceptionally opens its doors to visitors.

How To Get To Château de La Verdière (Map):