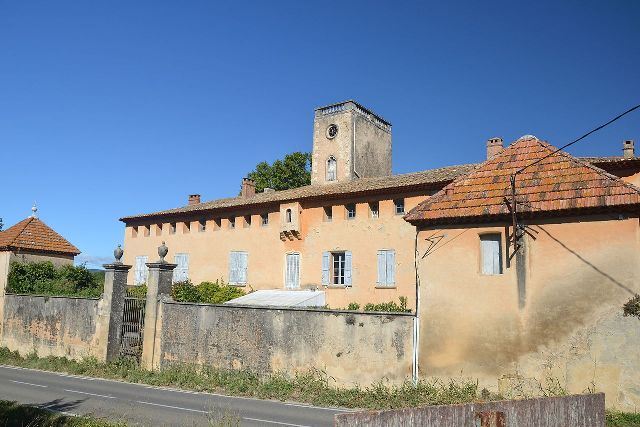 Location: Lourmarin, in the Vaucluse departement of France (Provence-Alpes-Cote-d-Azur Region).
Built: 17th century.
Condition: In good condition.
Ownership / Access: Owned by a private company.
ISMH Reference Number: PA84000037
Notes: Château de la Corrée is a castle located in Lourmarin, in Vaucluse.Built in the course of the seventeenth century, outside of Lourmarin, two families have succeeded on this property: the Savonin the seventeenth century, then Girard, in the seventeenth century. It is essentially Pierre-Henri-Joseph Girard, who threw large remediation of land originally swampy. This work enabled the development of the park, with waterfalls, fountains and waterfalls. The entire castle and the park are registered as historical monuments since 23 June 2003.