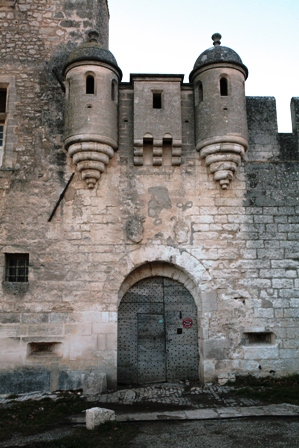 Location: Lioux, in the Vaucluse departement of France (Provence-Alpes-Cote-d-Azur Region).
Built: 11th century.
Condition: In good condition.
Ownership / Access: Privately owned.
ISMH Reference Number: PA00082063
Notes: Château de Javon is located on the heights of the town of Lioux, north of the village towards Sault.In 1475, Javon was subservient by Leo X to François Baroncelli, in recognition of his services. Construction of the castle probably dates from this period. In the early sixteenth century (1551), all of the lordship was ceded to the Baroncelli (since become Baroncelli-Javon). This stronghold was part of the Comtat. This family came from Tuscany, where its members served the republics of Florence and Pisa, named after a castle located in the vicinity of Florence. April 19, 1570, during the war of religion, the castle was surprised by enemy cavalry. Subsequently, on 1 May, the castle was burned by the people of Mérindol. In the nineteenth century, the castle of Javon bought in 1841 by Mr. Vayson, which has the walls like that. At the time, it was said that he could go from one to the other without leaving his land.