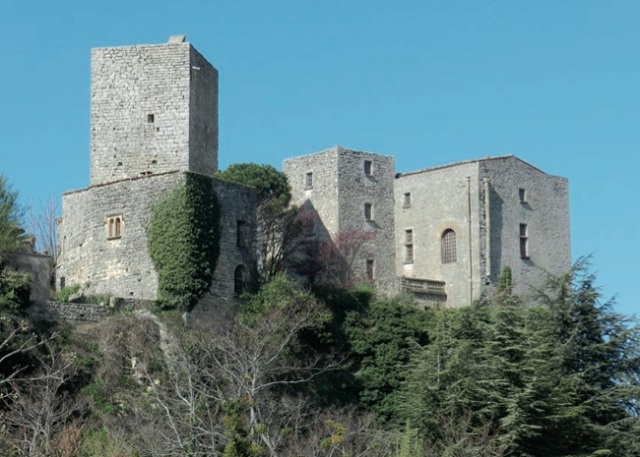 Location: Caseneuve, in the Vaucluse departement of France (Provence-Alpes-Cote-d-Azur Region).
Built: 10th century.
Condition: Ruin.
Ownership / Access: RIPERT family.
Notes: The castle of Cazeneuve is located in the commune of Caseneuve, in Vaucluse and property of the Ripert family.Its history is poorly known. A first fortified element existed at the end of the tenth century, called Castrum Casanova, it was the property of Humbert d'Agoult. In the twentieth century, Othon Coubine was the owner, he rebuilt it with the help of Faustin Ripert and his son Serge. In 1959, Serge Ripert began to restore the Château de Caseneuve to save him from ruin.