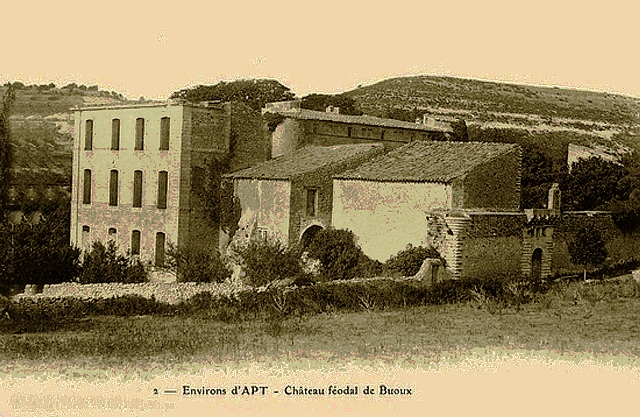 Location: Buoux, in the Vaucluse departement of France (Provence-Alpes-Cote-d-Azur Region).
Built: 15th-18th century.
Condition: --
Ownership / Access: Owned by a regional public institution.
ISMH Reference Number: PA00081984
Notes: Castle Buoux is a castle located in the heart of the Luberon, in Provence.The beginning of the construction dates from the fifteenth century of medieval type. A first series of subsequent works, dating from the late sixteenth century was on the grounds of the estate and the watchtowers. A second construction period, during the seventeenth century, has mostly evolved the interior of the castle. In the eighteenth century, building additional wings to the castle, more modern, is stopped by the French Revolution. The castle is classified as historical monuments since September 1996. Since 1987, the castle is owned by the Luberon Regional Park. Not days it hosts a holiday center Léo Lagrange network, vocation discoveries and studies of the Environment, for school groups.