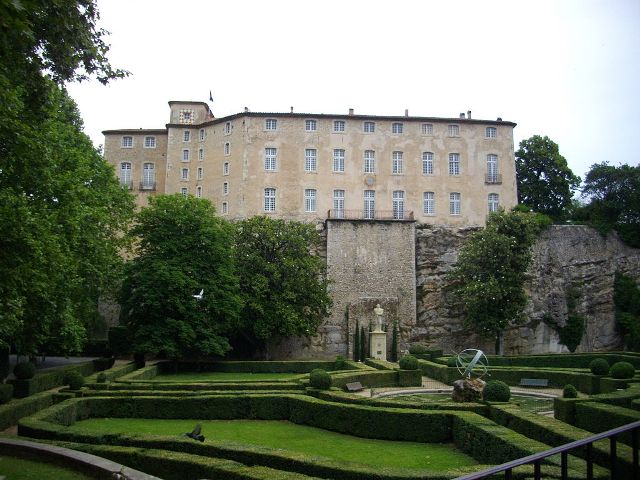 Location: Entrecasteaux, in the Alpes-Maritimes departement of France (Provence-Alpes-Cote-d-Azur Region).
Built: 11th-18th century.
Condition: In good condition.
Ownership / Access: Privately owned.
ISMH Reference Number: PA00081594
Notes: Château d'Entrecasteaux is located in the town of Entrecasteaux in the Var department.Entrecasteaux Castle is an ancient fortress of the eleventh century, rebuilt in the fifteenth, sixteenth and eighteenth centuries. The great people who lived in the castle of Entrecasteaux are: François de Grignan, son of Madame de Sevigne, Admiral Bruny d'Entrecasteaux, born in the castle of Entrecasteaux in 1737, sent by Louis XVI in search of Perugia in the South Pacific, who left in 1791 and died of scurvy and dysentery July 20, 1793, Jean Baptiste, Marquis d'Entrecasteaux, born in 1761, who murdered his wife in 1784. In 1974, after decades of neglect, the castle was restored by the British painter Hugh Ian MacGarvie-Munn, who until his death in 1981, transformed the museum in part. It is thanks to his efforts and those of his son and his wife, in 1988 the castle was listed building and has become a tourist attraction. Its current owner, Alain Gayral, improved collections of the castle while performing meticulous restorations.Are listed on the inventory of historical monuments, by order of 6 July 1988: the facades and roofs; terraces, including retaining walls; ramps; the old gatehouse; the cooler ; portals; all external ironwork; three lounges, including fireplaces; the large internal staircase. The year inscribed on the door indicates that the garden, inspired by the drawings of Le Nôtre, was completed in 1781.

How To Get To Château d'Entrecasteaux (Map):