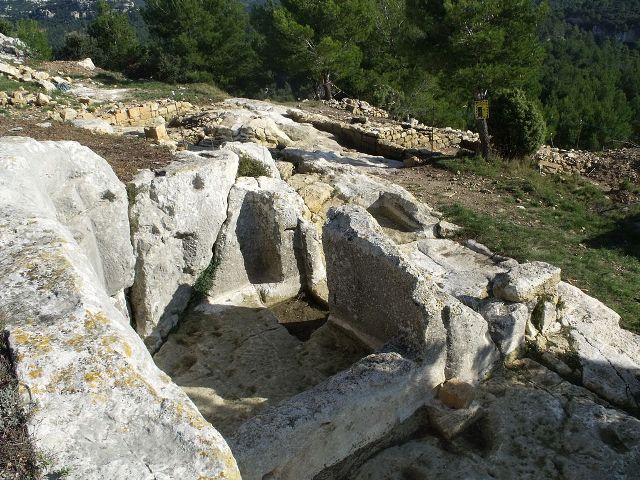 Location: Fontvieille, in the Bouches-du-Rhône departement of France (Provence-Alpes-Cote-d-Azur Region).
Built: 12th-14th century.
Condition: Ruins.
Ownership / Access: --
Notes: Castrum de Montpaon is a cave dwelling structure located on the territory of the town of Fontvieille, in the Alpilles (Bouches-du-Rhône). It was populated mainly between the twelfth and fourteenth centuries. Sporadic occupation continues during the next two centuries. Dependence of the House of Baux, located a few kilometers east, he probably participated in the defense of the territory of Baux from the late baussenque wars of the late twelfth century. It was an ideal monitoring point on the marshes Baux, a coveted fishing area. Excavations are planned conducted since 2008. illegal diggers in search of metal furniture have partly damaged the site.