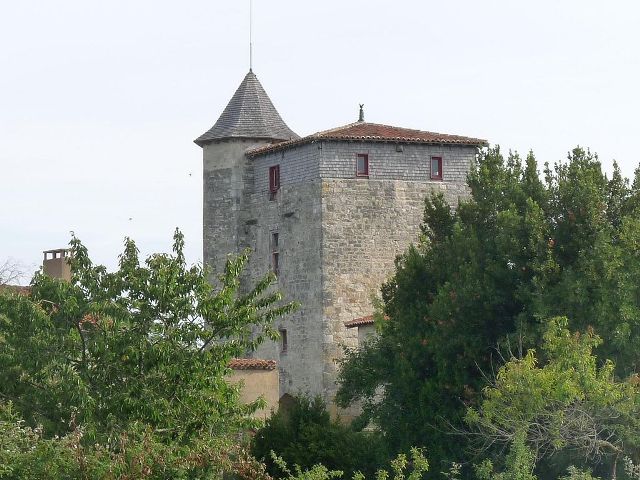 Location: Coulgens, in the Charente departement of France (Poitou-Charentes Region).
Built: 14th-15th century.
Condition: In good condition.
Ownership / Access: --
Notes: Logis de Sigogne is located on the Coulgens town in Charente, in the hamlet of Sigogne 2 km northwest of the town.The Lordship of Sigogne is known since the thirteenth century. She goes to the fifteenth century Acarie then to La Rochefoucauld who sell to Tizon Argence of the sixteenth century. It was purchased by François Vinaud then in 1670 by François de Planking in the early eighteenth century and his family keep the lordship of Sigogne until the Revolution. The home of Sigogne was listed historical monument October 8, 1986.

How To Get To Logis de Sigogne (Map):