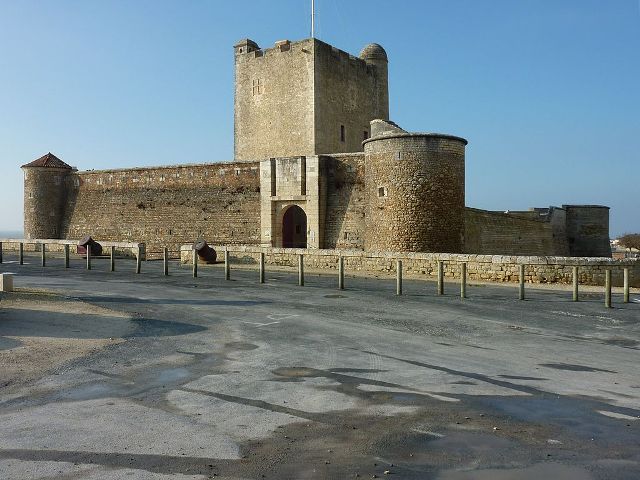 Location: Fouras, in the Charente-Maritime departement of France (Poitou-Charentes Region).
Built: 14th century.
Condition: In good condition.
Ownership / Access: Owned by the municipality.
Notes: Fort de Fouras or Semaphore is the medieval castle of Fouras, small town on Aunis in the department of Charente-Maritime. It is also incorrectly referred by the tourist brochures Vauban, although most of its construction is well past the intervention of Vauban.The mouth of the Charente is a strategic site and already the Romans have built a castrum. Castellany Fouras back to the eleventh century to the Rochefort family that gets right to high, medium and low justice, and to tax the boats on the Charente. In 1305, Philip the Fair Fouras bought and connected to the crown, then conceded again this fief that change several times Lord, to Jehan II Brush, Eagle Lord in 1449 that built the dungeon 1480 in 1490. This is the end of the hundred Years war. During the wars of religion, Fouras strategic position earned him escape destruction ordered by Louis XIII for all strongholds after taking La Rochelle. He made a royal fortress. During the Dutch War (1672-1678) it protects the river mouth and the fortification work will continue until 1693. When the old fort of Rochefort-sur-Charente has become Arsenal Royal Navy Rochefort, Fouras the dungeon was used to observe the movements of ships and to send messages to the turn signals built near the head of the house of Wing. The fort and citadel were classified historic monument March 13, 1987.