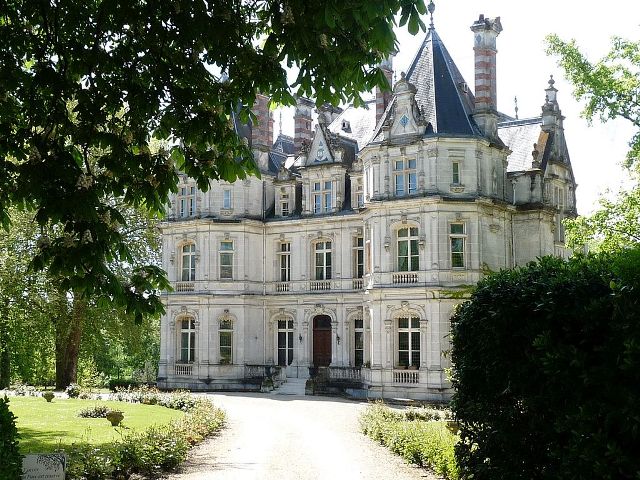 Location: Jarnac, in the Charente departement of France (Poitou-Charentes Region).
Built: 18th century.
Condition: In good condition.
Ownership / Access: --
Notes: Château Saint-Martial is a French castle in the town of Jarnac, in the department of Charente and the edge of its eponymous river. The castle became Saint-Martial for building the castle of Chabannes further east, fell to the Paul Ricard on redemption of Bisquit in 1966. Major works are carried out to 1970-1975, the Ricard company demolished the former conservatory or greenhouse that had embellish the west gable of the house. The castle then is the setting for the art collection of painters Leroux, given the Paul Ricard Foundation in 1984. Sold in 2001, the castle is undergoing major work to become a guesthouse.

How To Get To Château Saint-Martial (Map):