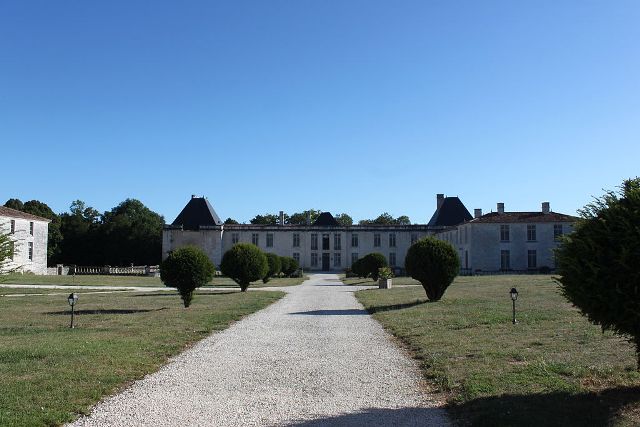 Location: Le Douhet, in the Charente-Maritime departement of France (Poitou-Charentes Region).
Built: 17th centurty.
Condition: In good condition.
Ownership / Access: Owned by a private company.
ISMH Reference Number: PA00104672
Notes: Château du Douhet is Douhet in Charente-Maritime, in the municipality of Douhet.The Lordship of Douhet dates back to the fourteenth century. She bequeathed, exchanged, sold and gets to the Valley family. Nicolas Valley, Calvinist, installs a minister of the Protestant worship. By Claude Valley wedding in 1618 the lordship of Douhet goes to La Rochefoucauld. The date of construction of the present castle is not known, the archives burnt in 1793. As certain date we have only 1670, when the lady of the Douhet repaired roofs. The castle, however, could have been built more recently, between 1715 and 1730 considering the segmental arches of the top floor windows. It is sold in 1770 to the Abbe de Laage, then after he emigrated, sold as national property. It was listed as a historic monument 26 September 1969.