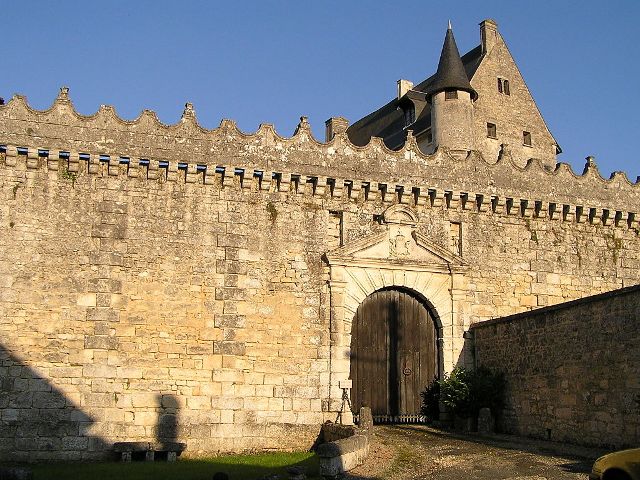 Location: Vouzan, in the Charente departement of France (Poitou-Charentes Region).
Built: 15th-19th century.
Condition: In good condition.
Ownership / Access: Privately owned.
ISMH Reference Number: PA00104549
Notes: Château de Vouzan is in Vouzan in the Charente department in France. A castle was erected on a site containing archaeological remains. The chapel was built in the twelfth century. Part of the castle, its north façade dates from the fifteenth century The assembly formed by the castle and the chapel is the subject of a registration as a historic monument since December 31, 1986. The north side of the castle is Vouzan bartizans accosted on foothills. The chapel dates back to the twelfth century but was renovated in the seventeenth century, construction period of the monumental gate crowned with a scalloped parapet. A sectional polygonal tower is enclosed in modern buildings. In the park that contains archaeological remains is a square dovecote.