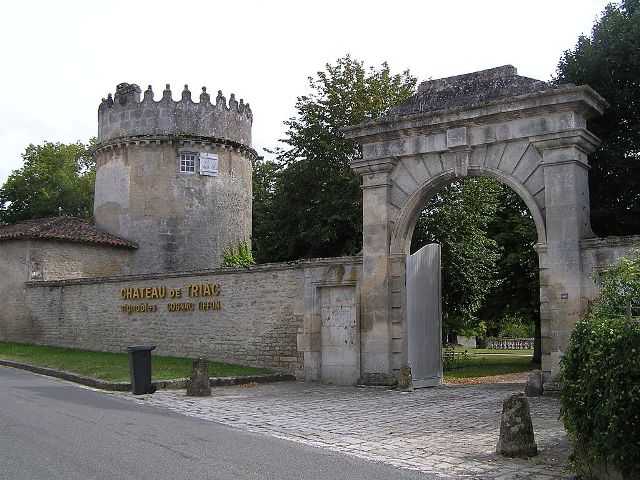 Location: Triac-Lautrait, in the Charente departement of France (Poitou-Charentes Region).
Built: 17th-19th century.
Condition: In good condition.
Ownership / Access: --
Notes: Château de Triac is located in the town of Triac, in Charente, close to Jarnac. In the eleventh century it was under the lordship of Jarnac. The first castle was destroyed during the Hundred Years War. Rebuilt, it was burned by the Protestants in 1569. It was again rebuilt by the family of Salignac in the early seventeenth century, but after suffering another fire, it was sold in 1772. Around 1879, he was rebuilt identically from ancient plans. The entrance has kept its two round towers and a corner of the enclosure wall leveled pigeon roof. The castle is surrounded by a dry moat, bordered by a row of balusters. Its facade on a floor with two wings is pierced with large windows. The single sloping slate roof has three ornamented openings.