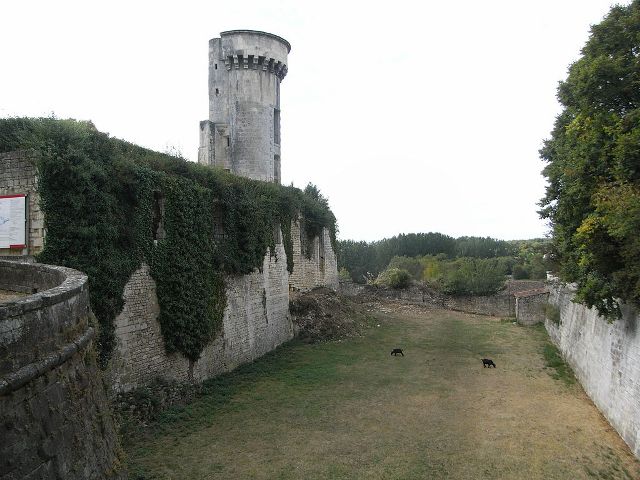 Location: Taillebourg, in the Charente-Maritime departement of France (Poitou-Charentes Region).
Built: 16th century.
Condition: In good condition.
Ownership / Access: Owned by the town.
ISMH Reference Number: PA00105277
Notes: Château de Taillebourg Taillebourg is located in Charente-Maritime.It is the site of the Battle of Taillebourg in 1242 between St. Louis and Henry III of England This is a county in the fifteenth century whose history is well known from the archives of the house of La Tremouille. The fortress was rebuilt after 1423 by Henri de Pluqualec. It was then the favorite residence of Coëtivy and Louise Coëtivy brought it as dowry to Charles de La Tremouille in 1501. The castle had crossed all the seats during the Hundred Years War and the wars of religion was taken and destroyed in 1652 during the Fronde. Frederick William of La Tremouille, Duke of Talmont, undertaking huge reconstruction work from 1714. But during the Revolution, the castle was sold in batches as national property. Having suffered from lack of maintenance, it suffered a fire in 1822 and destroyed.