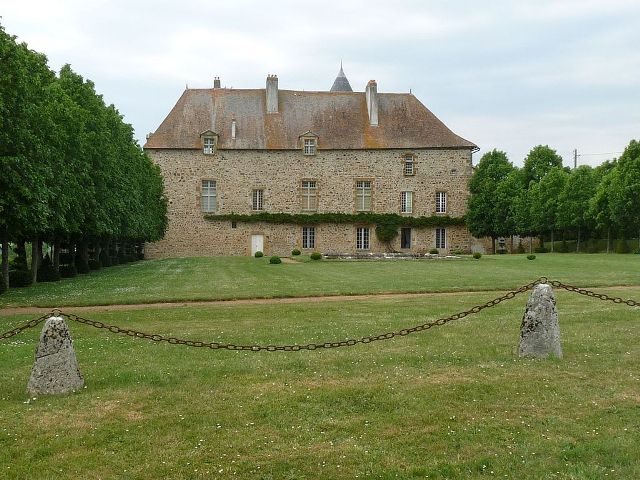 Location: Abzac, in the Charente departement of France (Poitou-Charentes Region).
Built: 15th century.
Condition: In good condition.
Ownership / Access: Privately owned.
ISMH Reference Number: PA00104195
Notes: Château de Serre is located in the town of Abzac, Charente.Odet Archaic, which honors the Earl of March in the early sixteenth century, would have started building the castle. In 1860 the Pichon family Vendeuil bought the castle and repair the roof. The castle has been listed historical monument on 26 July 1988 and the same day the Duke of Vivonne of the room containing the painted alcove, his antechamber and the second-floor room decorated with murals were classified. The castle consists of two buildings of the same height built in the sixteenth century one another in the seventeenth century and arranged in a square with stair tower in the interior angle between them. The roofs are covered with flat tiles. Several rooms are decorated with paintings, the hall and the Duke of Vivonne of the room and a room on the second floor. Find themselves characters shows that crazy and death and many inscriptions and maxims (Psalms of David Scriptures in Latin, Greek - black and red letters) Would be linked to nostalgia for Diana Granseigne after the death of the Duke of Vivonne in 1688.

How To Get To Château de Serre (Map):