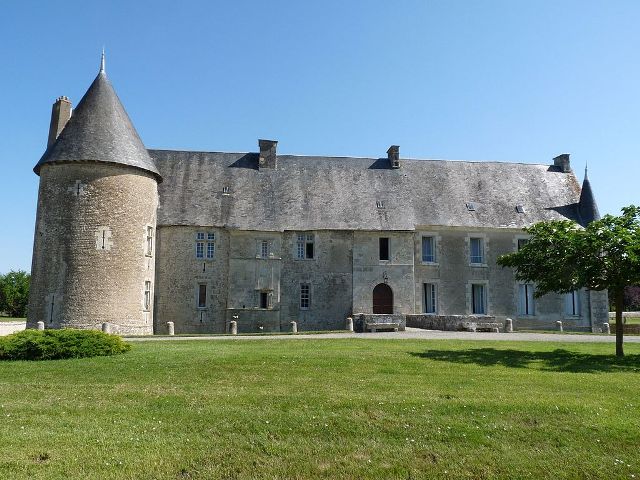 Location: Paizay-Naudouin, in the Charente departement of France (Poitou-Charentes Region).
Built: 14th-19th century.
Condition: In good condition.
Ownership / Access: Privately owned.
Notes: Château de Saveille also spelled Saveilles in Paizay-Naudouin, north of the department of Charente in France, has a castle appearance combined with a renaissance décor. Barrier family possessed lands Saveilles. Indeed Marguerite Chasteigner was married with Pierre Barrière, knight, Saveilles lord of Angoumois, son of Guillaume Barrière, knight, lord of Saveilles. Her husband did homage in 1333, due to his tithes. Their daughter Jeanne, lady Saveilles married Jean de Montalembert. In 1508 the lord of Saveilles, Jacques La Rochefaton receives the right of lordship, high, medium and low justice and the right to build a castle on his land by his suzerain of Ruffec for the sum of 9000 crowns Golden. After the 1534 The Rochefaton embrace religion "called reformed." In the 1860s, it belonged to Count BourdeillesNote, married May 16, 1832 with one of the four daughters of Count NeuillyNote, Leonie. The castle is built in the center of a square surrounded by a moat. It is square, with sloping roof, with a large round tower with a pepper shaker at each end. The south wing was rebuilt in the nineteenth century in neoclassical style.

How To Get To Château de Saveille (Map):