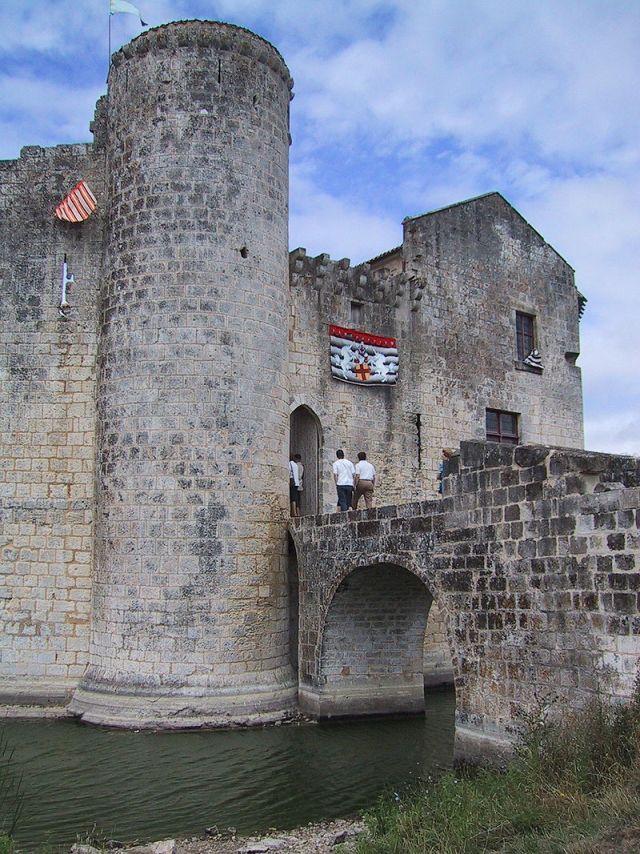 Location: Saint-Jean-d'Angle, in the Charente-Maritime departement of France (Poitou-Charentes Region).
Built: 12th century.
Condition: In good condition.
Ownership / Access: Privately owned.
ISMH Reference Number: PA00105188
Notes: Château de Saint-Jean-d'Angle in Saint-Jean-d'Angle in Charente-Maritime is a very primitive fortress built on the model of the Shell says keep. It is a listed building and was awarded the Grand Prix of Old French Houses and the Europa Nostra Award for the quality of its restoration.1180: A castle stone out of the ground in Saint Jean d'Angle. Guillaume de Lusignan is deemed to be the founder. It belongs to one of the most powerful families of Poitou; it owes its fame and wealth to a protective fairy: the fairy Melusine. In the twelfth century, the country is in full economic development. On this coastal area bordered by forest Baconais east, clearing goes with the organization of salt marshes to the west. Around Saint Jean d'Angle, many monasteries are already established for over a century. to take advantage of the economic bonanza, lay lords come sit lordships by building castles. That of Saint Jean d'Angle is still visible only from that time. 1406 in the seventeenth century, the castle continues to be the property of the family of Saint-Gelais, younger branch of Lusignan. The home built attached to the original rampart dating back to the Renaissance. In the early seventeenth century, Charlotte St. Gelais of Lusignan, restore the castle damaged by successive musketry. To mark its work, she affixed a plaque on the wall, with his coat of arms, an inscription: "LAN MDCXXIIII [1624] / CHARLOTE DE / ST GELAIS / DE LVSIGNAN / DID DO THIS", plus a representation of Melusine in his vat. At that time again we are proud to descend from the illustrious family of Lusignan and the fairy who always protected them.