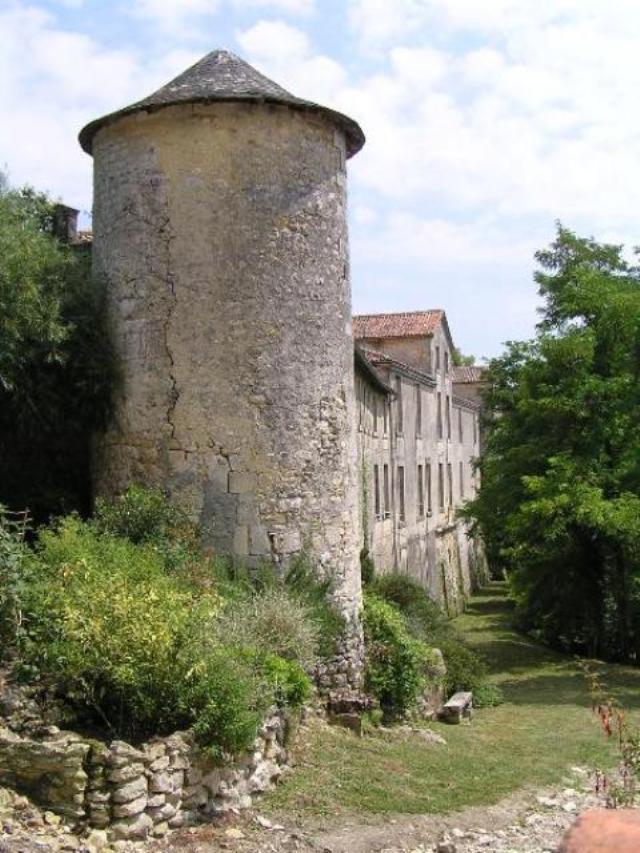 Location: Cherves-Richemont, in the Charente departement of France (Poitou-Charentes Region).
Built: 11th-17th century.
Condition: In good condition.
Ownership / Access: CDC de Cognac.
Notes: The Château de Richemont is a castle in Cherves-Richemont town in the Charente. Then the IREO Richemont which provides sandwich courses Bac Pro to +3 in the fields of agriculture, viticulture and services it is installed, and the buildings were bought by the community of communes Cognac. The castle built in the mid sixteenth century we remain the dovecote, a round fled, cellars and four pavilions slated. The front courtyard framed by two towers of which only one still exists, the carriage entrance and the long curtain crowned fancy battlements date from the seventeenth century In the nineteenth century neo-Gothic chapel was built and the south wing was redesigned. The first courtyard was completely renovated between 2007 and 2009 to accommodate the new boarding of IREO. The Saint-Georges de Richemont, a former chapel has a crypt of the eleventh century, classified as historical monuments since 29 September 1907. Similarly the rocky outcrop on which is the entire site Richemont is natural site which includes the church, which was rebuilt in 1857, the remains of the old castle, the ancient cemetery and the Castle Richemont.

How To Get To Château de Richemont (Map):