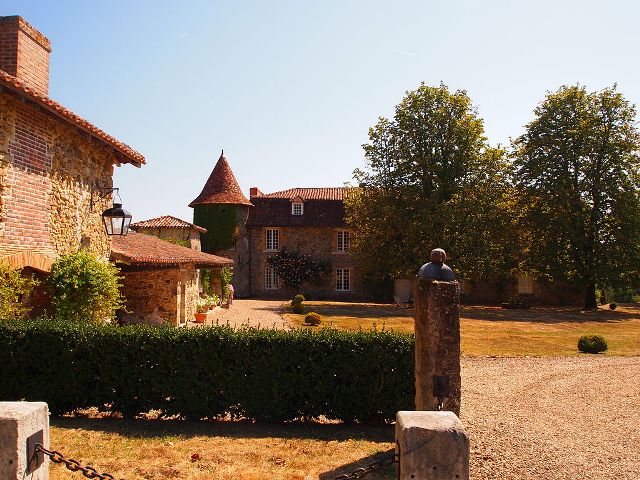 Location: Ambernac, in the Charente departement of France (Poitou-Charentes Region).
Built: 16th century.
Condition: In good condition.
Ownership / Access: Private property.
Notes: Château de Praisnaud is located in the town of Ambernac, Charente. Castle Praisnaud remains of Babaud family, is mentioned in the sixteenth century. The entrance arch is dated 1777. The buildings, house, tower, barn, yard, common were listed historical monument on 26 October 2004. He has extensive round fled, a sign that the local lord had high right and low justice. The castle consists of a rectangular building flanked by two towers diagonally, topped with conical roofs. The west tower is a remnant of a building of the sixteenth century, while the tower is dated nineteenth century. The roofs are flat tiles.