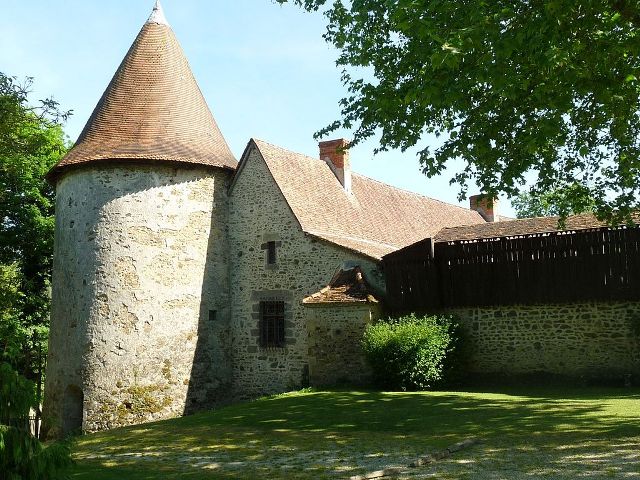 Location: Roumazières-Loubert, in the Charente departement of France (Poitou-Charentes Region).
Built: Moyen Age.
Condition: In good condition.
Ownership / Access: Privately owned.
ISMH Reference Number: PA16000014
Notes: Château de Peyras in Roumazières-Loubert, overlooks the Charente. Average Age of the archives have disappeared, but during work we had the certainty that existed before the twelfth century. The fifteenth century to the eighteenth century it was the stronghold of the Feydeau Peyras family, lords of Roumazières. The rectangular main building with floor and attic structure covered with flat tiles date from the fifteenth century, a reconstruction after the Hundred Years War. It has all the characteristics of crude and solid constructions of the Charente Limousine. He owned five towers, two square and three rounds with a diameter of 10 m, of which only one, wearing a pepper pot covered with flat tiles. The west facade has a door from the seventeenth century is apparently of later construction. The interior has a low room that communicates with the chapel at eight arches located in the tower. The body of oriental home and the cylindrical tower northeast of the castle were registered historic monument by decree of 21 December 1998.

How To Get To Château de Peyras (Map):