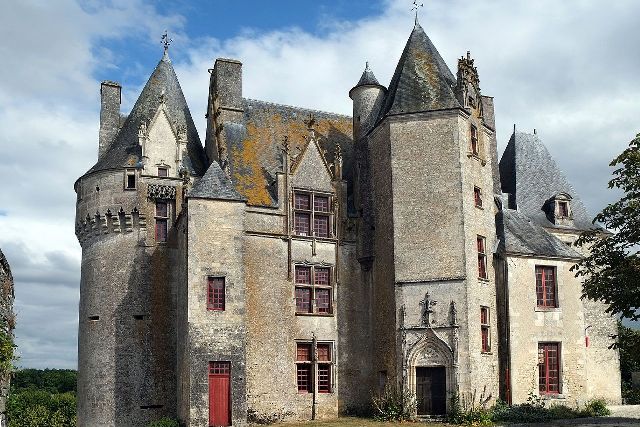 Location: Neuvicq-le-Château, in the Charente-Maritime departement of France (Poitou-Charentes Region).
Built: 15th-16th century.
Condition: In good condition.
Ownership / Access: Owned by the town.
ISMH Reference Number: PA00104824
Notes: Château de Neuvicq-le-Château is located in Neuvicq-le-Château in Charente-Maritime. From the fifteenth century the castle was a possession of the family Rochendry. From 1550 he frequently changed owners and, in 1673, the Marquis de Montespan, Françoise-Athénaïs husband Rochechouart, marquise de Montespan, inherits. His son will sell it in disrepair, filled ditches. It has since been partially restored and still look great. Neuvicq Castle is owned by the municipality since 1904. The municipality of Neuvicq is installed today. The castle was listed building on September 14, 1912. The main building is very high, with three levels topped with a slate pitched roof, the third-level windows surmounted by carved pediments high. It is flanked by two cylindrical towers of unequal diameter covered with pepper. A polygonal tower contains the spiral staircase. The leak has lost its roof.