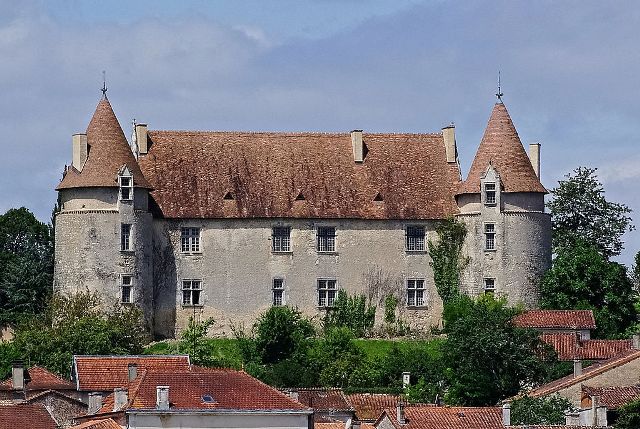 Location: Montmoreau-Saint-Cybard, in the Charente departement of France (Poitou-Charentes Region).
Built: 12th-15th century.
Condition: In good condition.
Ownership / Access: Privately owned.
ISMH Reference Number: PA00104431
Notes: Château de Montmoreau is in the town of Montmoreau-Saint-Cybard in Charente. The Lordship attested from 1075 as belonging to or Alo Alon was sold in 1376 to Raymond Mareuil. The castle was destroyed during the Hundred Years War was rebuilt on site. He will spend the sixteenth century to the Prevost family Sansac, then to Rochechouart, finally to an Irish family, Perry, up to half of the nineteenth century. The chapel was built in the twelfth century and the castle in the fifteenth century. The chapel was listed building May 15, 1952, and the facades and roofs of the castle on September 18 1952. The castle dominates the Tude Valley and the small town of Montmoreau. The castle of the eleventh century are the remains of the inner enclosure, a monumental gateway, part of the wall and two towers. It is between these two towers has been rebuilt on the embankments in the fifteenth century the current castle as a manor safe from its speakers. The home side is flanked courtyard, a polygonal tower containing the staircase. The Romanesque chapel with three apses, located in the gardens, which date from the eleventh century is a listed building.