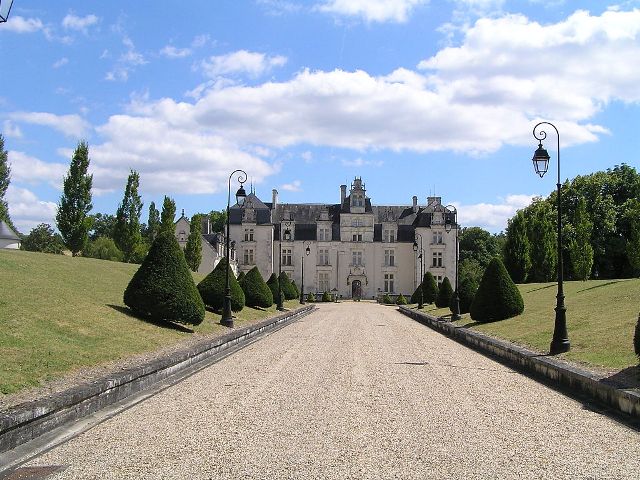 Location: Montchaude, in the Charente departement of France (Poitou-Charentes Region).
Built: 16th century.
Condition: In good condition.
Ownership / Access: Private property.
Notes: Château de Montchaude is a revamped castle renaissance in the nineteenth century located in Montchaude Charente.Montchaude land belonged to the lords of the house Barbezieux then to Saint-Gelais. Arnaud Montchaude is quoted in the cartulary of Baignes to 1075 and Hugues Montchaude give dowry to his daughter Vibrac Jovide the early fourteenth century. For some, the castle was built in the mid sixteenth century by the Bouchards, others at the end of the sixteenth century for Saint-Gelais, perhaps by the same architect as the castle of La Rochefoucauld, Antoine Fontan . It was then surrounded by a moat. The Saint-Gelais kept Montchaude the mid-sixteenth century to 1732 the date of the death of Jean de Saint-Gelais has two daughters. He spent several hands through inheritance and sales. Louis-Eugène Arnous, MP Barbezieux buys in 1889 undertaking a major overhaul under the direction of architects Edward Warin, then Raymond Barbaud. It is purchased in 1986 by Fahd bin Mahmoud al Said (in), Deputy Prime Minister of the Sultanate of Oman, direct cousin of Qaboos bin Said al Said, Sultan of Oman. In the night 22 to 23 July 2013, the castle was largely destroyed by fire.