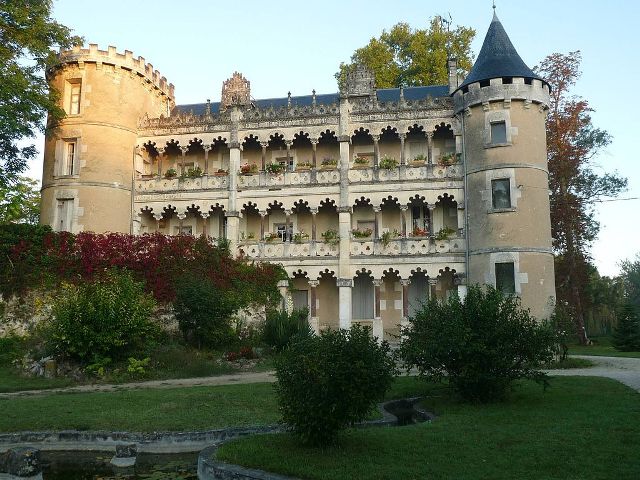 Location: Baignes-Sainte-Radegonde, in the Charente departement of France (Poitou-Charentes Region).
Built: 15th century.
Condition: In good condition.
Ownership / Access: Private property.
Notes: Château de Montausier is a castle partly destroyed which remains a tower located in the locality Montausier the town of Baignes-Sainte-Radegonde Charente.The stronghold of Montausier attested to the counts in Angoulême Taillefer from the early eleventh century. It is erected in barony and the rest of Taillefer Montausier until 1320, when he goes to Sainte-Maure by marriage. The barony was clear from the Seneschal of Angouleme, the lords of Montausier paid homage to the Count of Angouleme and had the right of high, medium and low justice. Charles de Sainte-Maure (1610-1690) abjured Protestantism in 1645. He was field marshal, governor of Saintonge and Angoumois, then he was appointed governor of the Grand Dauphin in 1668. The barony of Montausier was built in marquisate, then duchy-peerage in 1668. The castle was confiscated during the Revolution, and largely destroyed in 1793. In 1871, Father Jean-Hippolyte Michon, archaeologist and writer of the monumental Statistics of the Charente, built a mansion in the south corner to dwell.

How To Get To Château de Montausier (Map):