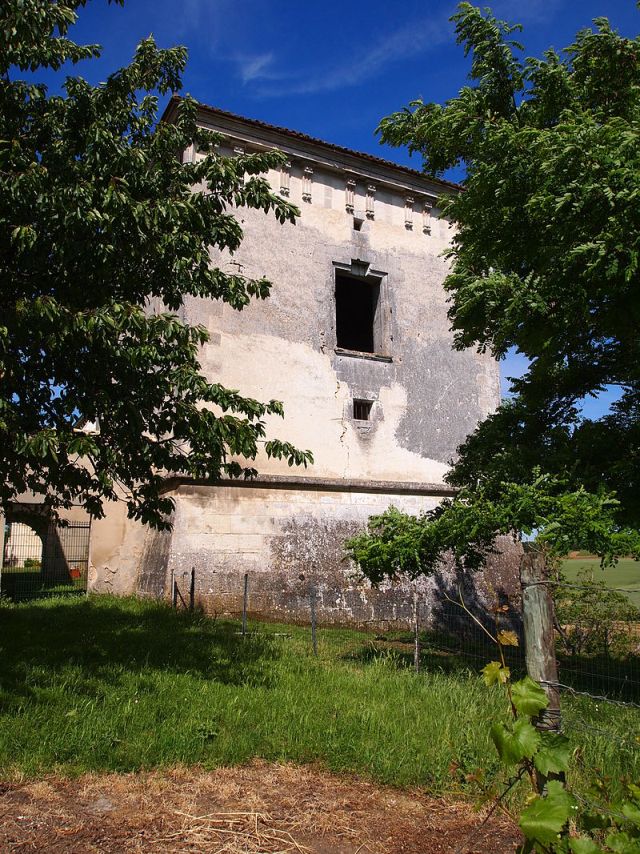 Location: Saint-Saturnin, in the Charente departement of France (Poitou-Charentes Region).
Built: 15th century.
Condition: Ruins.
Ownership / Access: Private property.
Notes: Château de Maillou is located in Saint-Saturnin Charente, France.The first mention of Maillou dated fifteenth century. The land of the parish of Saint-Saturnin directly under the lordship of Angouleme, as there is no feudal castle. Maillou was a fief, as Tarsac, Mouillac, Moulède, Beauregard, etc. In fact it was a hamlet owned by the lords of Mosnac (1457-1571), with in particular a "hotel mainement or accommodation." In 1539, the property was ceded to Nesmond, family of merchants and lawyers, from Angoulême, which become lords in their own right in 1579. In 1580, François Nesmond, State Councillor and Chairman of the Parliament of Bordeaux, built the tower and the north wing. Calvin might have lived in the castle, but the confusion is possible because it has been hosted in the house of the parish, near the church, hosted by Louis du Tillet, archdeacon of the Cathedral in 1534 and 1562, where we still find Calvin said chamber, and where he wrote his "Comments". Nesmond André (1553-1616), son of François and has the same features due to the support of Queen Marie de Medici, remade the east wing. In 1712 the castle passed to Henry Rambaud, Esquire, Lord of Bourg-Charente, Torsac and St. Saturnin. The Rambaud keep the century.

How To Get To Château de Maillou (Map):