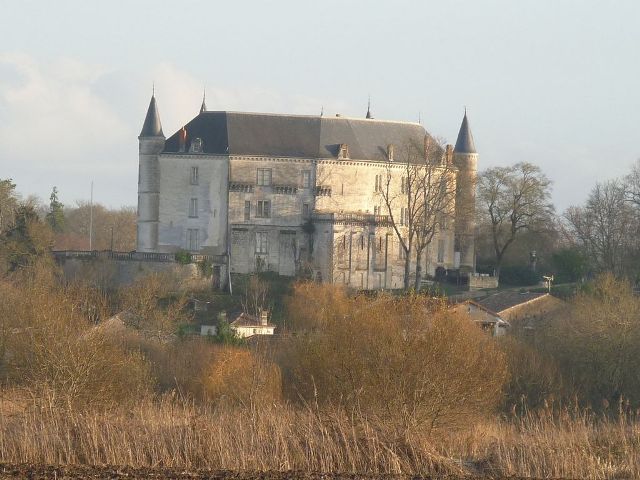 Location: Mouthiers-sur-Boëme, in the Charente departement of France (Poitou-Charentes Region).
Built: 19th century.
Condition: In good condition.
Ownership / Access: --
Notes: Château de la Rochandry reconstructed during the nineteenth century in the castle of the ninth century site. It has long been the possession of the English during the Hundred Years War. On a lithograph published in 1845 by Paul Sazerac de Forge are still visible the remains of the medieval fortress in two round towers at the foot of the castle, the pointed gables of the house of the fifteenth century in the center, a mullioned window, two turrets cantilever and on the left, gable windows and a crenellated parapet.