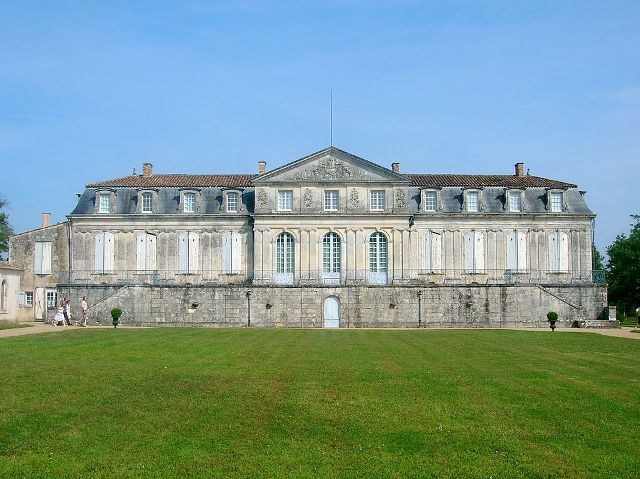 Location: Marennes, in the Charente-Maritime departement of France (Poitou-Charentes Region).
Built: 18th century.
Condition: In good condition.
Ownership / Access: Privately owned.
ISMH Reference Number: PA00104788
Notes: Château de La Gataudière located at Marennes in Charente-Maritime, was built in 1749 by François Fresneau of Gataudière. It is a building length, centered on a central pavilion of 3 spans decorated with pilasters with triangular pediment overlooking the rest of the house. The assembly has symmetry of 11 spans with an underbody parts half stage, a stage of high windows in upper part in a semicircle, the openings of the second stage in the bell-cast of the roof (4 on each side) and in the pediment (3). Side garden, a terrace mask the basement. The pediment is carved a "triumph of Flora." The castle and the terrace are ranked by order of 3 March 1949. The park and the fountain Louis XIV registered historic monument since December 20, 1948 and the castle park of Gataudière was included in pre-inventory of remarkable gardens. The furniture is original castle Louis XIII - Regency - Louis XV. The wood paneling and the central living stone exhibit characteristic scenery of the eighteenth century.

How To Get To Château de La Gataudière (Map):