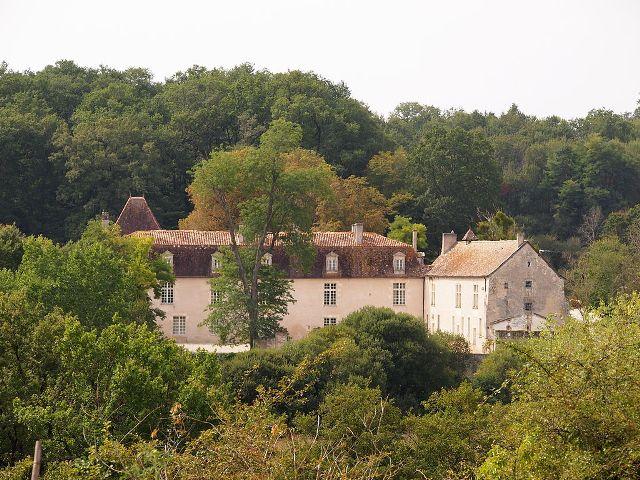 Location: Deviat, in the Charente departement of France (Poitou-Charentes Region).
Built: 16th-18th century.
Condition: In good condition.
Ownership / Access: Privately owned.
ISMH Reference Number: PA00104584
Notes: Château de la Faye is located in Deviat in Charente. During the Hundred Years War the entire population found refuge behind its walls surrounded by wide moats in water, fed by ponds. In the fifteenth century, it is the dowry Perette Montendre. The entrance is through the moat, a bridge with two arches, to reach a vast esplanade opposite the house. The main building of the fifteenth century, rebuilt in the nineteenth century, is wearing a mansard roof pierced the small dormers triangular pediment. It is flanked by a square flag. The wing is back in the sixteenth century square, with a flat tile roof gable. It is registered historical monument since 23 October 1992.

How To Get To Château de la Faye (Map):