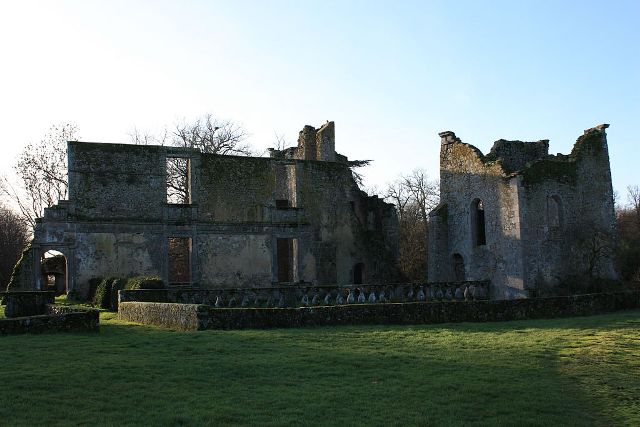 Location: Mauléon, in the Deux-Sèvres departement of France (Poitou-Charentes Region).
Built: 15th-18th century.
Condition: In good condition.
Ownership / Access: Owned by a private company.
ISMH Reference Number: PA00101257
Notes: Château de la Durbelière is located in the municipality of Saint-Aubin-de-Baubigné (common associated Mauleon) in Deux-Sevres in France. This is a private matter. It is not currently maintained.The first castle was built in the fifteenth century and rebuilt in the early seventeenth century and the eighteenth century. It is transmitted to the family of the Vergier Rochejaquelin in the late eighteenth century. Henri de la Rochejaquelein, general of the Catholic and royal army during the wars of Vendee, resided there which earned the castle to be burned five times between 1793 and 1794 and being currently in ruins. The remains of the castle that had been entered October 26, 1927, common and soils that were registered October 15, 1993 have been classified historical monument January 8, 1996, and the moat, the pigeon, the walls closing and 'pond.

How To Get To Château de la Durbelière (Map):