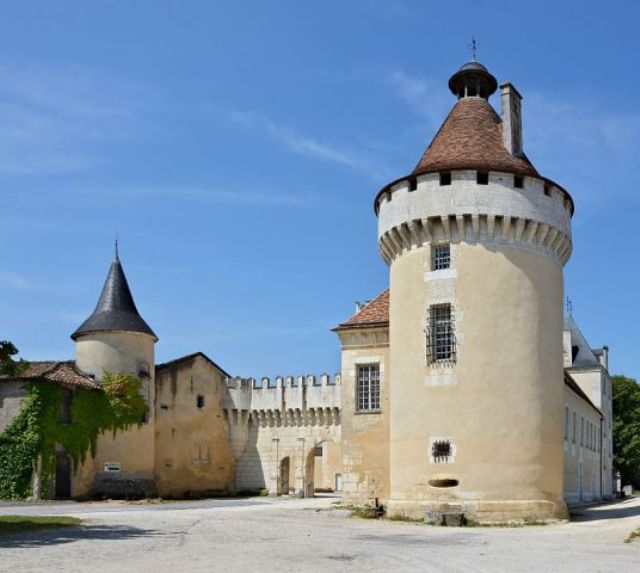 Location: La Couronne, in the Charente departement of France (Poitou-Charentes Region).
Built: 16th-18th century.
Condition: In good condition.
Ownership / Access: Owned by the department.
ISMH Reference Number: PA00104348
Notes: Château de l'Oisellerie is located in the municipality of La Couronne, near Angoulême in the French department of Charente; it now houses the agricultural school of Oisellerie and the County Center for Educational Documentation (Education). The first castle which is one of the wings is a storey building, with its sloping roof covered with flat tiles; a square tower which contains the spiral staircase presents later slots. Two towers form the corners of the original court; they found their roofs and a pepper shaker is taken in public. A square pavilion was built later between the square tower and the south gable. The great north wing, the big cylindrical tower and the rectangular pavilion are the mid-sixteenth century. Some of the roofs are covered with flat tiles, other slates. The entrance has a pedestrian gate and a carriage gate topped by battlements and niches. The sundial dating from the seventeenth century or XVIIIIth, the subject of a classification as object of historical monuments.