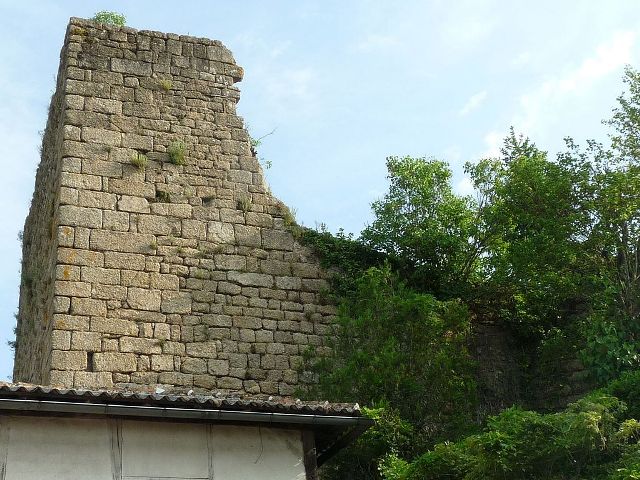 Location: Confolens, in the Charente departement of France (Poitou-Charentes Region).
Built: 11th century.
Condition: Ruins.
Ownership / Access: Private property.
Notes: Château de Confolens is in Confolens in Charente remains the walls and square tower. Saint Gauthier was born there in 990 and it was his father who commanded the garrison of the lord, Count Jordan lord of Chabanais. Aymard, lord of Chabanais would have built this castle, according cartularies Abbey Lesterps. In 1023 the castle was besieged by Bernard Earl of March. In 1091, Boson III, another Earl of March, was killed there by trying to besiege. The keep dates from the twelfth century. In the middle of the thirteenth century castle is part of a defensive system protecting the city. The lords of Chabanais manage to defend their neighbors, La Rochefoucauld, the counts of Angoulême and viscounts of Rochechouart. For weddings and sales from 1130, the castle passed into the hands of great lords who are not resident; One room of the audience to judicial functions was used.